I planted a one gallon container wolfberry bush in a water harvesting basin on a dry corner of the yard in 2015. That first summer I watered it sporadically, then after that I left it alone to compete with the grass and weeds. Five years later, it’s a seven foot tall by seven foot wide bird sanctuary. Wolfberry certainly once grew wild on this land, in the floodplain of the Santa Cruz River, about a third of a mile from the current channel.

Actually I planted several species of wolfberry, and a Baja species has only lavender flowers now, but has a very long fruiting season.

This Tucson native Fremont wolfberry, however, has a short bountiful spring fruiting in years with good winter rains. If you look closely, you’ll see a few white flowers among the red berries.

Harvesting in the thorny branches is meditative to me, unlike for the flitting verdins working the other side of the bush.

In the absence of fresh tomatoes, I decided to make a salsa. Also in the yard are I’itoi’s bunching onion. 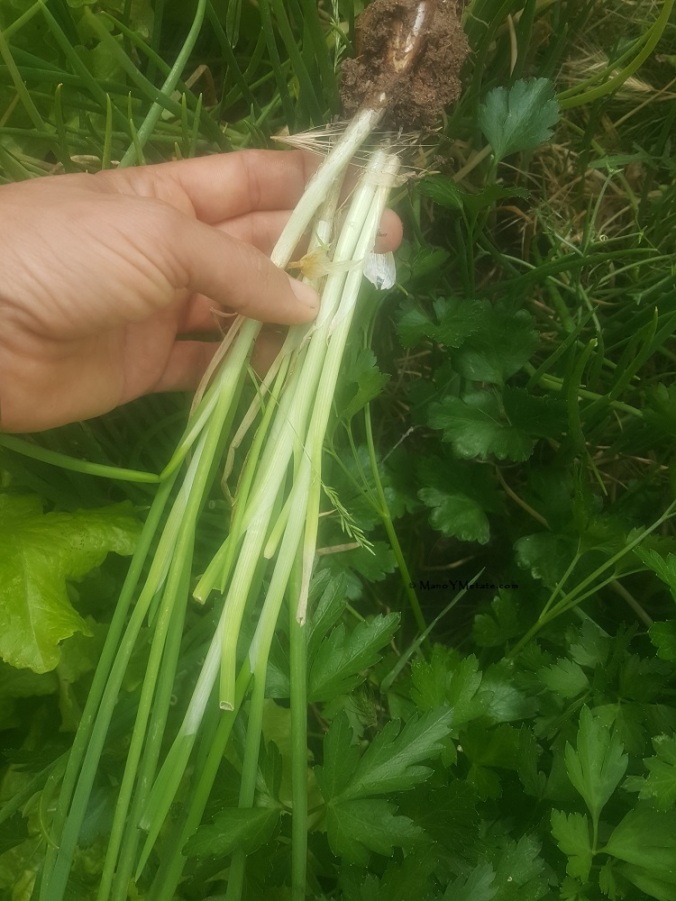 Our Tucson wild oregano, oreganillo, is also known as Aloysia wrightii or Wright’s beebrush. It tastes somewhat like Mediterranean Mint family oregano, somewhat like other Verbena family Mexican oregano species. It definitely has a lemony scent that I sometimes catch in the breeze before I spot the scraggly plants hiding in plain sight in the wild. The leaves never get much larger than this. 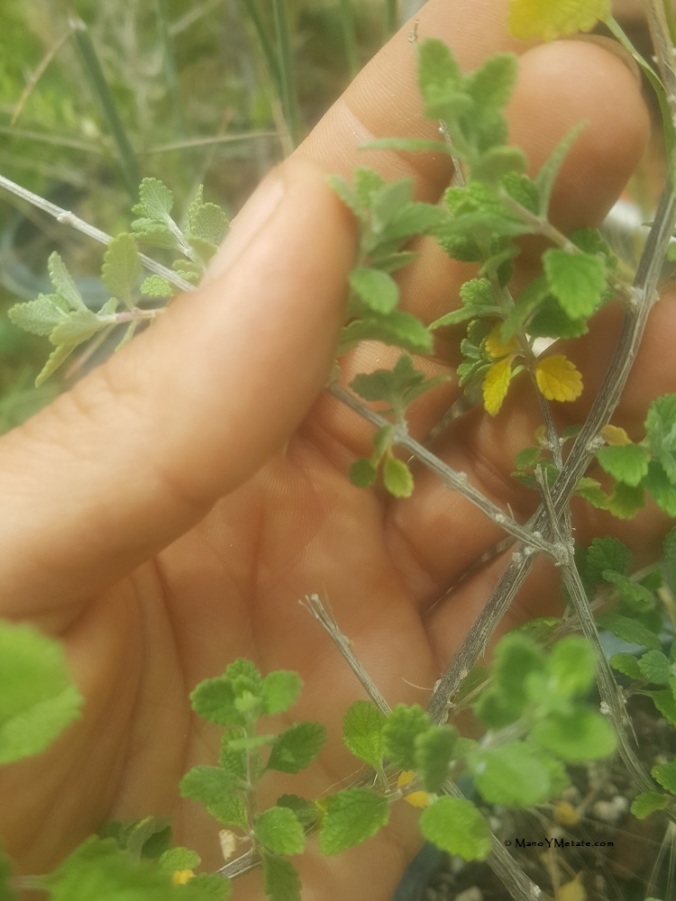 Putting all this together, I broke out last year’s stash of backyard grown chiltepin and the salt I collected a few years ago near the Sea of Cortez.

In the molcajete, I started with the chiltepin and salt. 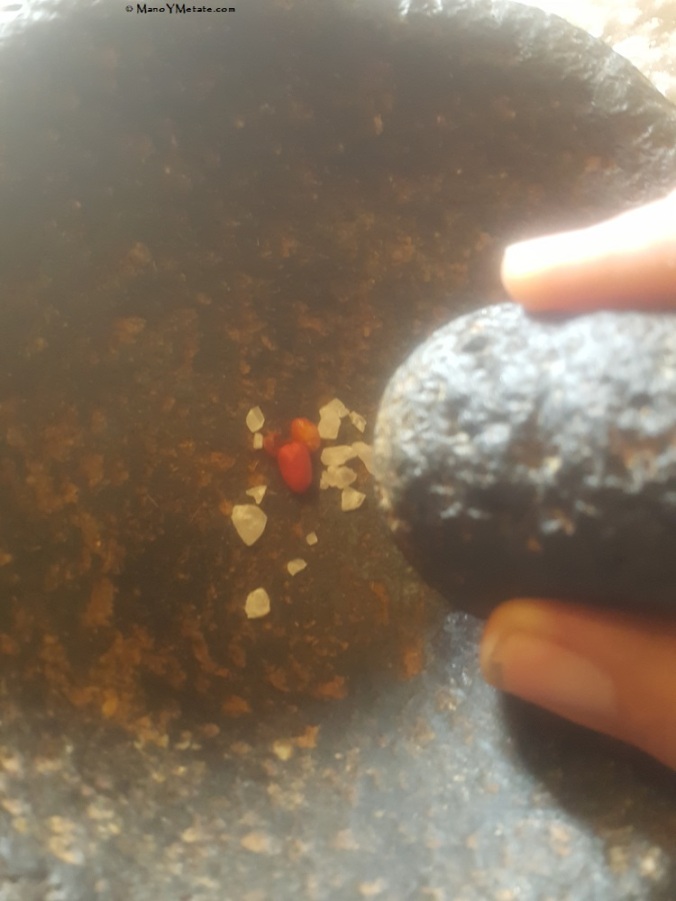 And the fresh wolfberries and oreganillo

When making Mano Y Metate mole powders, I sift the largest particles from the lime treated masa meal. I’ve been making this leftover coarse meal into a mush and frying it. From frozen to crispy in the time it took to make the salsa.

I ate in the yard, contemplating the bounty of the desert. 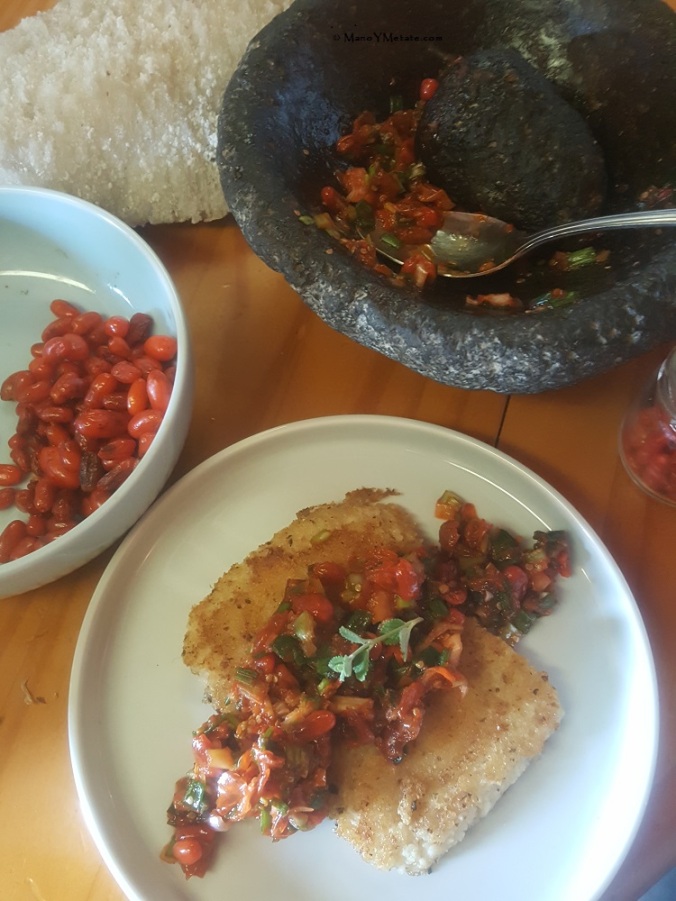